I have been looking into small signal amplifiers, aiming to design one to have about +40dB gain and a few 100 mW output, this is the result 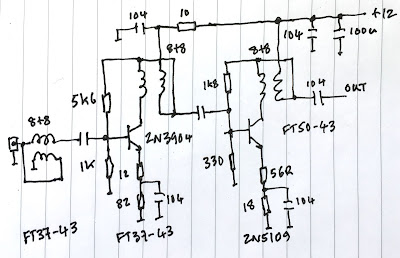 For both stages the DC bias is for about 1.1V on the emitters, and currents of around 10 & 50mA. Each emitter has a feedback resistor to stabilise the stage gain. The overall gain is +40dB with a 50R source and load.

In my tests I have an input of 20mVrms giving an output of 4.3Vrms, or 380mW. Here's the breadboard 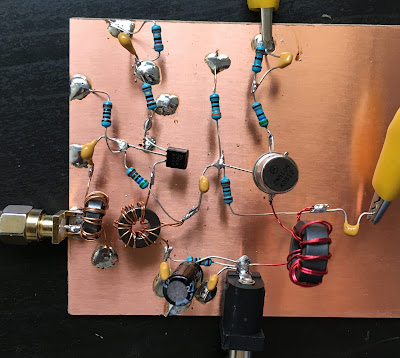 I have found a solution for the USB breakthru which is to increase the number of taps (coefficients) used by the Hilbert Filters, which pushes the accurate +/-45 degrees of phase shift to a lower frequency.

I increased the number of TAPS to 100 coefficients. To do this you must run the Windows Hilbert Filter design program, output 100 +45 and 100 -45 coefficients, convert them to "short" values again  and paste them into the TEENSY_TX sketch. I tightened the original bandwidth to Fc 1.1kHz BW 3.1kHz, giving this filter shape, you can see here also the phase (-45 deg) and how is falls off at lower  audio frequencies, causing the USB breakthru as the phasing is not correct. 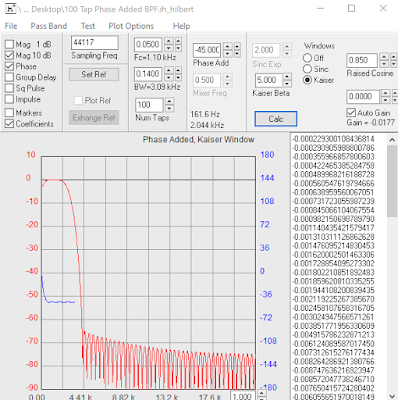 This was the result, the LSB signal is fairly tight within the RX 3kHz BW, but there is a bit of splatter outside the range, 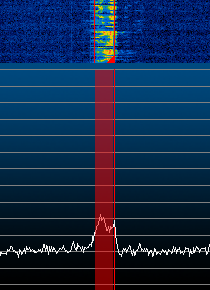 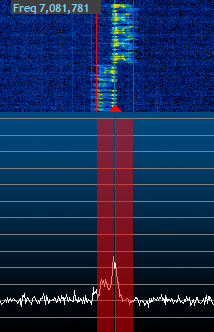 RX on DSB 6kHz, showing TX switch USB/LSB
The other signals at the left are genuine stations

I am still thinking about how to reduce the bandwidth to be clearly between 300 & 3kHz as signals are spilling out to nearly 3.5kHz at the moment. I would also like to put in some audio limiting/compression to "tighten up" the audio and prevent over modulation and splatter. I also need to cancel out the remaining carrier signal...