This project has been abandoned as the accuracy is too low

Natively the Arduino UNO can use its timers to count up to around 6MHz. This can be extended up to a more useful 60MHz by using a divide by ten pre-scaler, for example the CD74HC4017 chip.

Here's the schematic for a FREQ_BASIC shield, it uses a 2 line by 16 column I2C Serial LCD display: 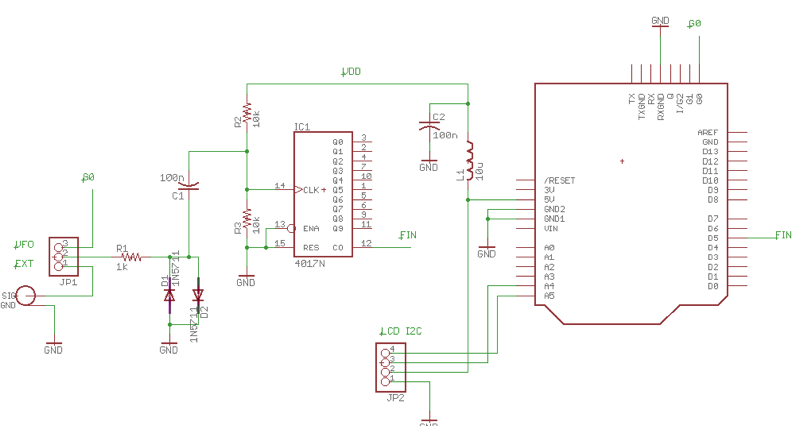 
On test with Arduino Si5351 DDS VFO on the left 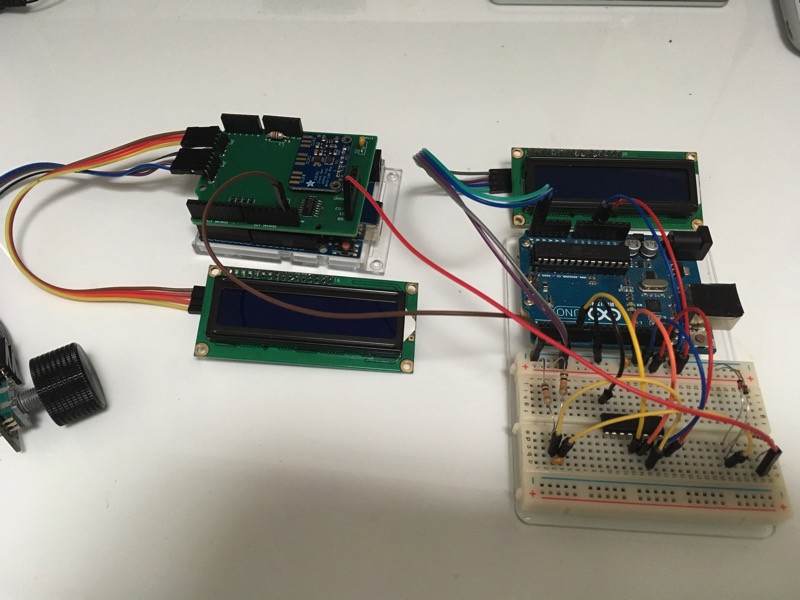 Accuracy is better than +/-500Hz, so not so good for accurate readings or frequency calibration, But OK for a general purpose indicator.

Last year we made a DDS in the "Concept" program, this provides us with an Arduino shield for frequency synthesis from 100kHz to 250MHz, SDR IQ outputs and a real time clock. 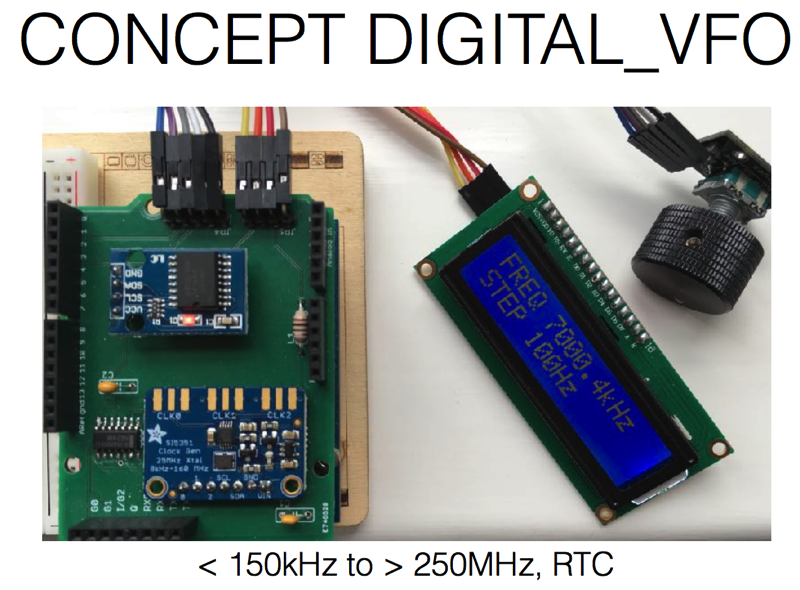 The list of possible boards in the project is:

1. VFO - A 40m Basic VFO along the lines of that needed by the Amateur Radio Intermediate course. Introducing a Colpitts serial tuned oscillator with vari-cap tuning and an output buffer stage. 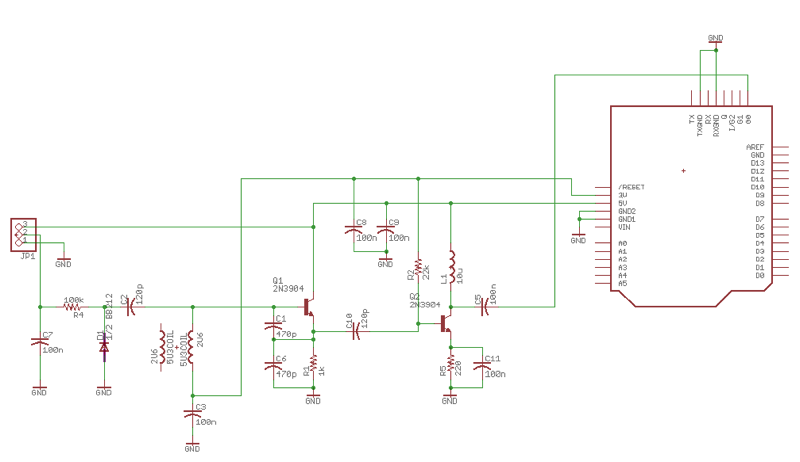 Eagle files can be downloaded here Schematic, Board. 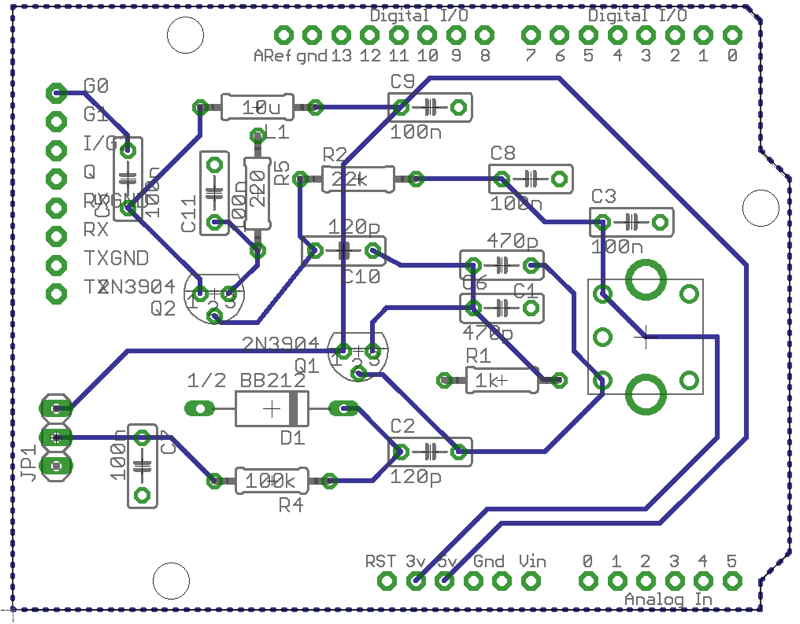 2. DCRX - A 40m Basic Direct Conversion Receiver for CW and SSB, based on the world's simplest circuit using the SA612 mixer and LM386 audio amplifier. 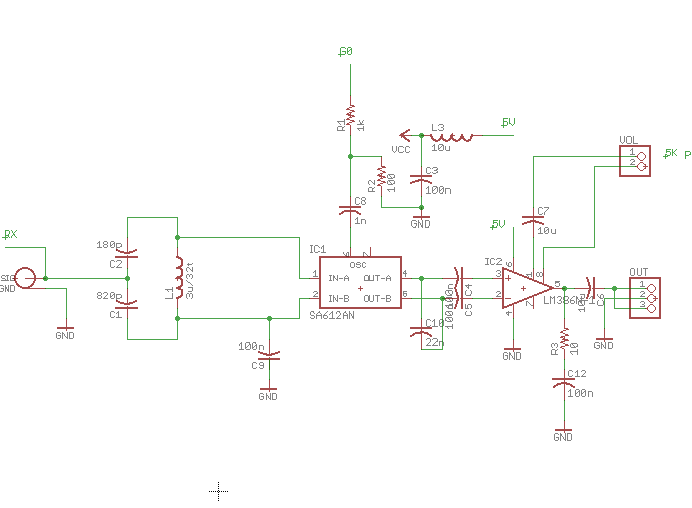 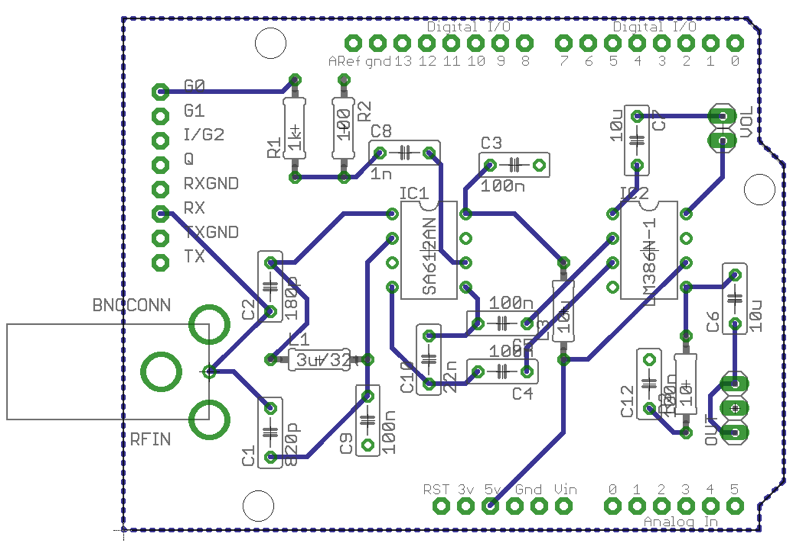 Eagle files can be downloaded here Schematic, Board

Combined together the VFO and DCRX it makes a simple receiver for 40m, with manual or Arduino software tuning. 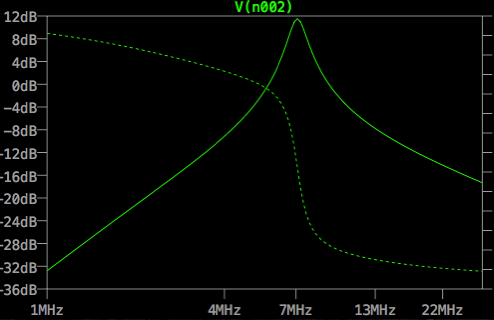 Combined with the DDS frequency synthesiser board of the previous CONCEPT project, instead of using the VFO, the receiver can be tuned to an accurate frequency in the 7MHz band.

Here is the DDS & DCRX in operation, with WSPR signals being received on 40m, with the RX output fed to a Startech ADC running at 16bit/44.1kHz and fed to the WSPR program running on my iMac. 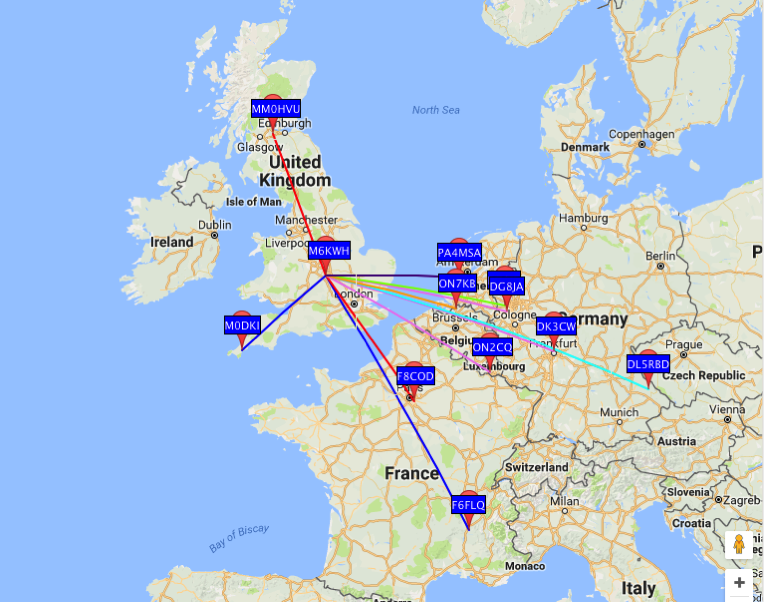 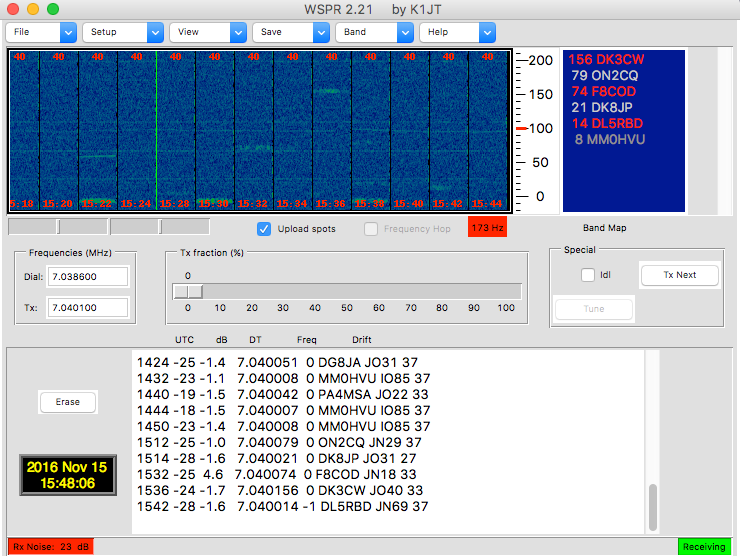 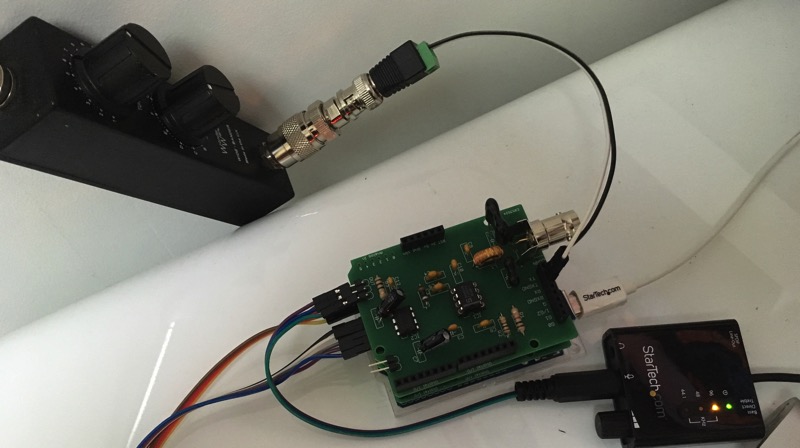 3. Future projects which are just ideas today and would be developed by members include:

- BRIDGE - An Antenna Analyser, basically a 50 ohm bridge that shows the antenna impedance and SWR. RF input from the VFO or DDS

... and as many other ideas that members have. As an aside have a look at this web site by PY2OHH for a combine measurement system, similar to a combination of our boards stacked on our Arduino UNO. Could give some inspiration.