How is the UK doing? 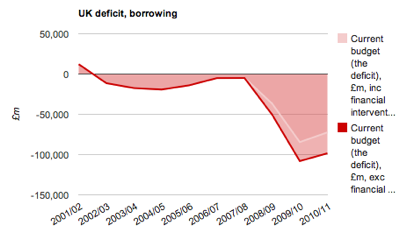 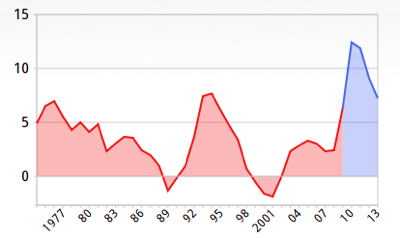 To fund it, the Government borrowed a monumental £170.8 billion last year. If all goes well, we're set to borrow another £167.9 billion this year. With government spending so far out of control, interest on the national debt will cost over £42 billion this year. 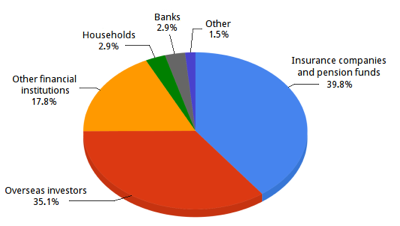 This is who owns our debt. Currently just over 35% of our national debt is owed to foreign governments and investors. So it's not just Third World nations in hock to the rest of the world. We're relying on the confidence of foreign investors to keep our own country afloat. According to EU figures, Britain has pledged £781.2 billion in capital injections, liability guarantees and liquidity support to the banking system. As taxpayers, we're on the hook for any losses. 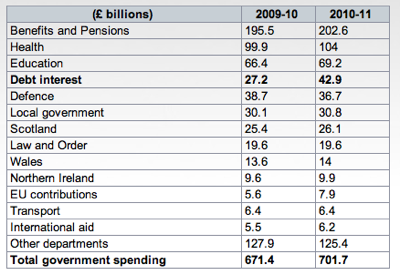 This is what we spend our money on. In 2010-11, interest payments on the national debt will be the fourth biggest line in the budget, reaching £42.9 billion.

There is productive and non-productive spending. Public spending is set to rise by £119 billion between 2008 and 2011. Just 6% of this is associated with capital investment. Another 38% is a result of higher social security bills during recession and the dead money of debt interest. This leaves the remaining 56%, which the Government is willfully borrowing to fund yet more unproductive consumption.

Last year national debt interest cost the taxpayer £27.2 billion. In 2010-11 that figure soars to a jaw-dropping £42.9 billion. The more we spend on interest, the less we have to pay down debt or invest for the future. That interest is dead money, which means higher taxes for years to come.